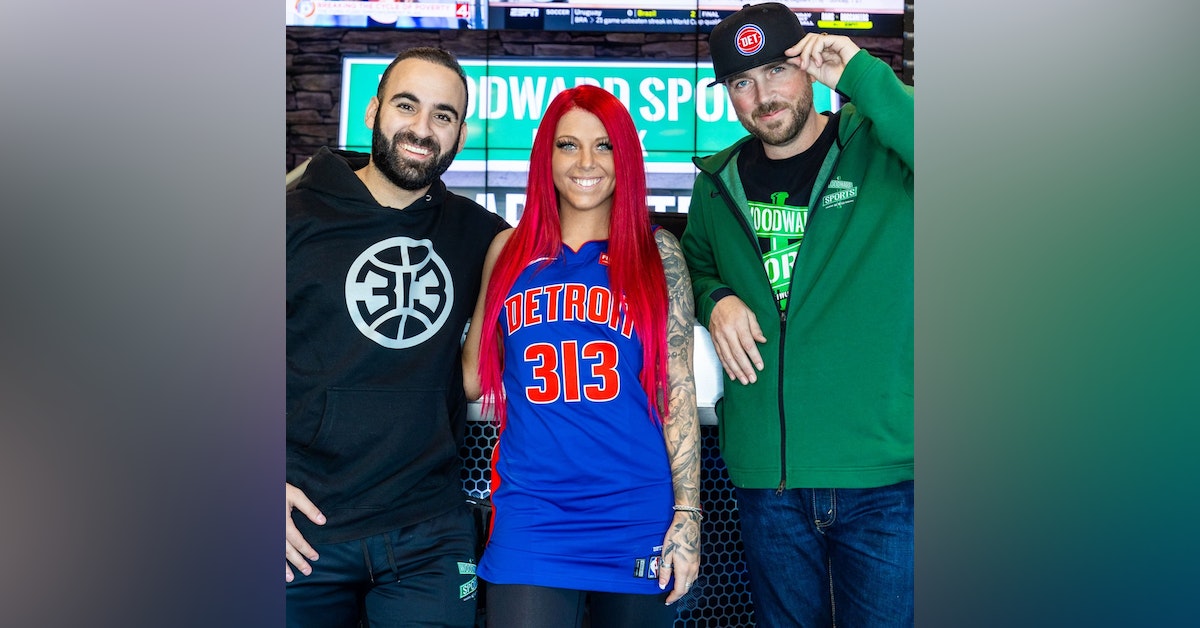 I've been saying this for a decade now.  For local media to survive and thrive, the corporate giants need to leave the space, and local talent needs to be free to cultivate their personalities and relationships within the community.

That's exactly what happened here in Detroit with Woodward Sports, the brainchild of former Detroit radio personality Sam "Stick" Day.   Stick takes us through the personal tragedy in his life that spurred him to finally start this passion project, his partners, and the personalities that left traditional radio to join the enterprise.

What started as an idea for a podcast blossomed into a full blown network, thanks to a partnership with Chad Johnson of Lady Jane's, a men's salon chain.  Woodward Sports currently boasts a three-person morning show, the aptly named "Morning Wood,"  broadcast digitally every day from 8-10am.  Stick hosts with Joey Namou and Krissy T.   Soon, Detroit sports talk veteran Sean Baligian will team up with former Detroit Lion Joique Bell for a midday show, and an announcement of an afternoon show will come soon enough.

Stick and I (and Joey, who joined us for the first half of the conversation), talked about the quickly changing media landscape.  Stick and Joey were able to leverage some of their relationships that started at the radio station - and turn them into station vehicles, paid sponsors, and more.  We talk about digital ad spend, and its value over traditional media.

We also covered the out-dated model of music radio stations, who often have room to cultivate only one personality, with the rest of the airstaff being a jukebox.  Woodward Sports hopes to bring dynamic personalities back to Detroit.  And as for the sports station in town - Stick sees plenty of weaknesses there too.

Finally, I asked the face of Woodward Sports who he thinks is capable of bringing the next Championship to the Motor City.

Detroit's newest media entity may only be a few months old, but sports teams and other media outlets alike are taking notice.   This will be a story worth watching.