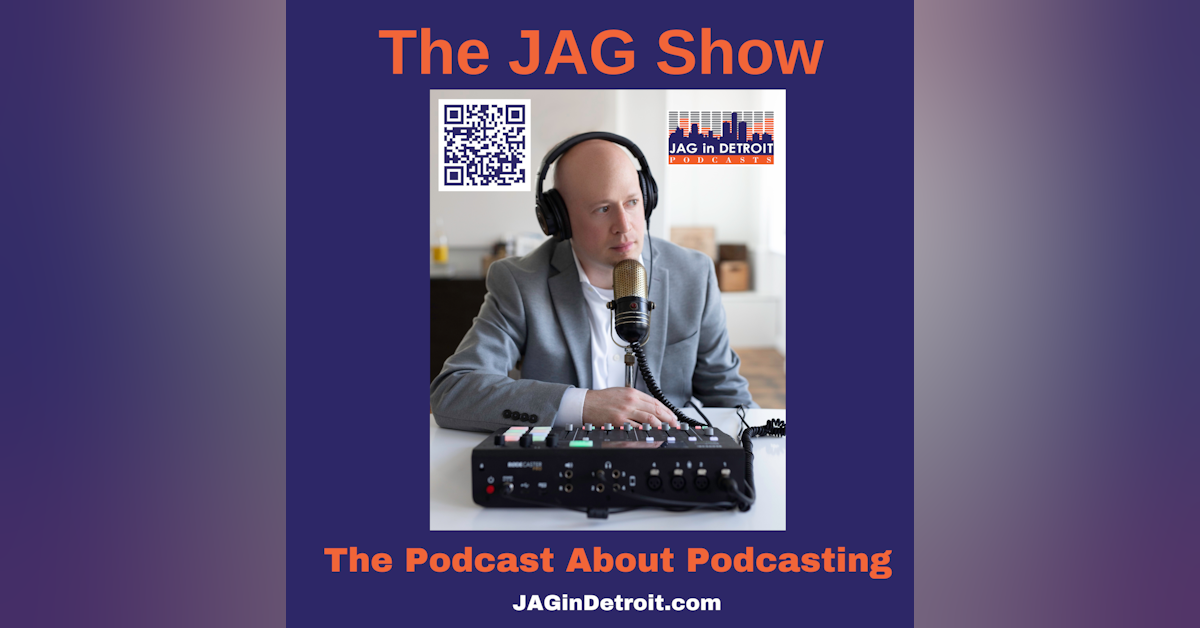 Last Saturday and Sunday were the NFL's new expanded "Super Wild Card Weekend," featuring (much to the chagrin of my wife) THREE games on each day.  While the NFL has had to adapt during COVID, so have the the television networks.  Due to Coronavirus concerns, NBC's Mike Tirico did the play-by-play of Saturday's Tampa Bay-Washington game from home in Ann Arbor, Michigan.  Then, on Sunday afternoon, CBS's Tony Romo did the color commentary side from his home in Dallas.   In both of these cases, you had announcer teams in separate locations, describing very fast action simultaneously.  And I don't know about you, but I don't think either broadcast missed a beat.  If they hadn't announced these setups in the pregame, I wouldn't have even known.

What does this have to do with your podcast? If two broadcast partners can describe a football game from remote locations, you can easily do a high quality podcast the same way. You may not have a national television network's budget, but there are now a number of different online recording platforms that will record your audio on your local machine, free of internet buffering, THEN upload it to match your cohosts.  I've long been a user of Squadcast, but I also know folks who use Zencastr and others.  And some folks still use Zoom.  Now I think of Zoom as a last resort, but some people are comfortable with If you're going to use Zoom, make sure you use the "original sound" option and, if you're going to edit the audio, be sure to record everyone on a separate track. You'll thank me later.

For folks who want to record a video copy of their podcast as well, apps like StreamYard and Riverside are gaining popularity quickly.  And Squadcast is rumored to be adding video this month.

Pandora worth a BILLION less, due to music royalty issues. Sorry, SiriusXM. https://www.billboard.com/articles/business/9508785/siriusxm-pandora-royalty-costs-impairment-expense/?utm_source=podnews.net&utm_medium=email&utm_campaign=podnews.net:2021-01-11

Update: Told you last week about Breaker joining Twitter.  Now it turns out their TEAM is, but the Breaker app itself has been acquired by Los Angeles based Maple Media: https://blog.breaker.audio/the-breaker-team-is-joining-twitter-f8c1721d66c6

Finally, podcasting is not a free for all. What you say and do - both on and off "the air" have consequences.  By now you've heard that YouTube banned Steve Bannon, and President Trump was kicked off of basically every platform out there. This week, Cumulus Radio threatened to fire any talk show hosts that perpetuate misinformation about the 2020 Election.

The big drama in podcasting surrounds the team at The Daily from the New York Times. Two years ago, they did a riveting mini-series, released on Saturdays, called Caliphate, which was the story of a radicalized Canadian turned ISIS fighter.  The only thing wrong with the story - it wasn't real.  In an interview published December 18th on Caliphate's feed, Michael Barbaro sat down with Times head honcho Dean Baquet, who said his organization was duped - the supposed ISIS fighter made it all up.  The interview seemingly owned up to the organization's mistakes, explained what happened, and what they will do better.

I didn't hear the interview this week, a month later. Why? Yes, it was in the Caliphate Feed, but not in The Daily's feed, where the podcast was repeatedly promoted.  Seems the Times wanted to create separation between The Daily and Caliphate, despite the fact that Caliphate was produced by the team at The Daily, which includes Lisa Tobin, now engaged to Michael Barbaro, and Andy Mills, who has had a bevy of #MeToo allegations levied against him in recent weeks.  And perhaps most egregiously, there are reports of Barbaro privately encouraging reporters to back off their stories on the SNAFU.   I once had a boss say, "You Eff up, you Fess Up."  And while I'm a huge fan of The Daily, it seems they really missed the mark here.  Again, behavior matters.

If you'd like help with your podcast, I've now added video recording to my services. You can check them all out here. https://bit.ly/39wRF0D